Remedy is on tonight!

This September, Western Australia’s creative communities will come together to help fight the leading cause of death in Australia; cancer.

Perth's top designers, artists and creatives are uniting for Remedy, a fundraiser for the Australian Cancer Research Foundation.

Presented by All Of The Above Creative in collaboration with 140 Perth, Remedy will feature work by some of our state’s most coveted designers and artists, including Garth Cook, Little Gracie, Andy Quilty, Pippa McManus, Alushia Sanchia, Pepp

Remedy celebrates Perth design and arts talent and a rally to raise funds and hope in the face of such a prevalent and damaging disease. Remedy is set to be a beautiful, inspiring evening culminating in a show-stopping parade featuring stunning pieces from these top WA designers and retailers.

The night will include a silent auction and runway show, allowing ticket holders to bid on one-off garments and artworks, plus donated items from an array of designers who promise to be the stars of this year’s forthcoming Perth Fashion Festival.

Tickets $20 (with all funds going to the Australian Cancer Research Foundation), available from All Of The Above Creative studio or PIGEONHOLE at 140 Perth. First in best dressed, get in before it sells out! 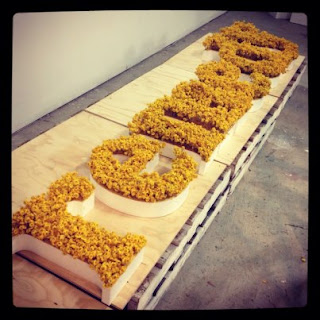 Posted by Candice Hannah Marcelle at 8:32 AM

Candice Hannah Marcelle
Perth, Western Australia, Australia
stylist (ˈstaɪlɪst)
— n
1. A designer whose job it is to coordinate the style of products, advertising material, etc
2. someone who selects and coordinates clothing, accessories, and props to create a certain image or look for published editorial features, print or digital advertising campaigns
3. The person responsible for creating the scene to be photographed
4. an expert who uses art and science to make people and objects look good in order to make a statement

If would like to find out more about what I do, please email candice_x@live.com or see my website www.candicehannahmarcelle.com

Promote Your Page Too

I am in
AustralianPlanet
australia's directory
blogarama.com